Just added to your cart

Where to find us 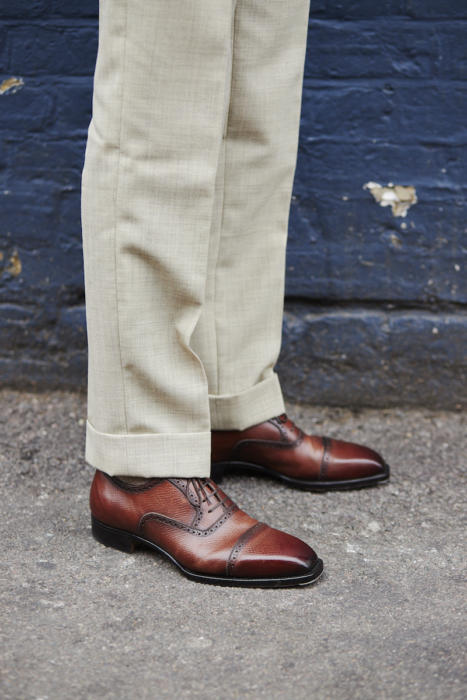 So, my friend Tommaso Capozzoli has this pair of shoes. They’re bespoke, by Stefano Bemer, and made in their replica Russian-reindeer leather.

They seem to go with everything he wears, from grey flannel to cream linen, and have real character without overly standing out.

After a long time admiring them, and a few months of saving up, I finally took the plunge at the beginning of the year and ordered a pair. They are pictured here.

They’re wonderful, and have proved just as versatile as I hoped.

But the most interesting part, perhaps, is that they were (relatively!) affordable for bespoke, at €2450. 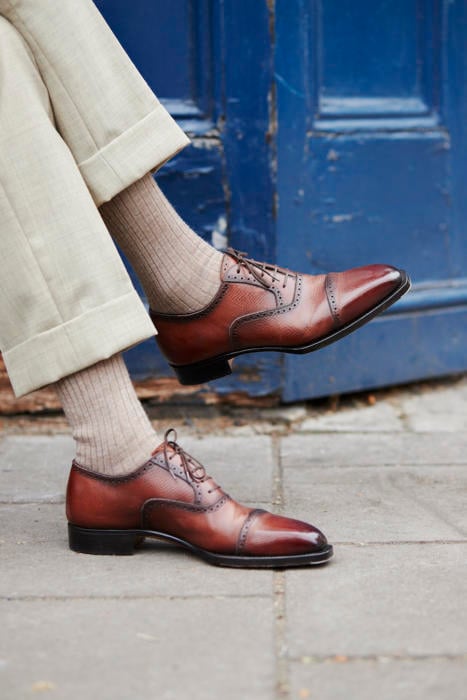 They were cheaper than normal because they were made using the process Stefano Bemer calls Blue Bespoke.

This is differentiated from full bespoke (they call it ‘Sixpence Bespoke’) in that the welt is sewn to the sole by machine at the front, and only by hand around the waist.

The insole is also constructed slightly differently, and pre-made parts are used for the sole and heel, so there is less ability to have a particular design here, or more pitched heel for example.

But everything else is the same as full bespoke. An individual last is created for the customer (in my case I already had one - from my two pairs of full bespoke shoes) and the welt is sewn to the shoe itself by hand (as indeed it is in all Bemer shoes, including ready-to-wear). 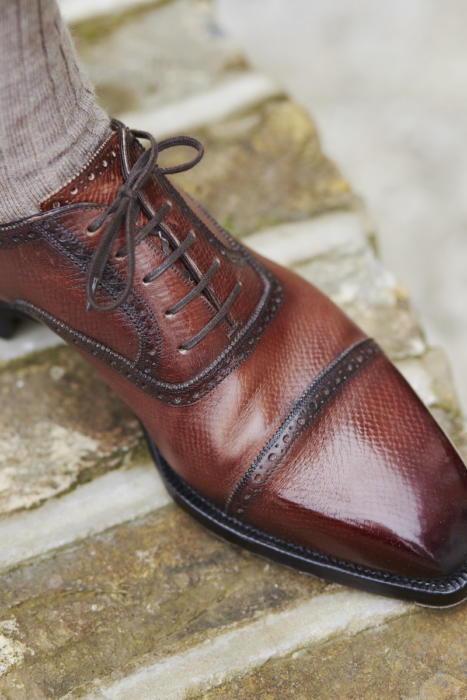 So what’s the downside of these differences?

Well primarily, aspects of the sole are not quite as strong as on full bespoke. But that’s not something you’re likely to notice for perhaps decades of wear. Certainly, it’s not something that’s ever affected my bespoke v RTW shoes.

And in terms of aesthetics, not quite as much shaping is put into the waist of the shoe, so you can’t get the full ‘fiddleback’ look of the sharp ridge on the bottom.

But this difference is small - you can see it in the images below, with my new shoes at the top and my old full-bespoke ones at the bottom.

You don’t get that fiddleback ridge, but there is still really nice rounding to the waist. 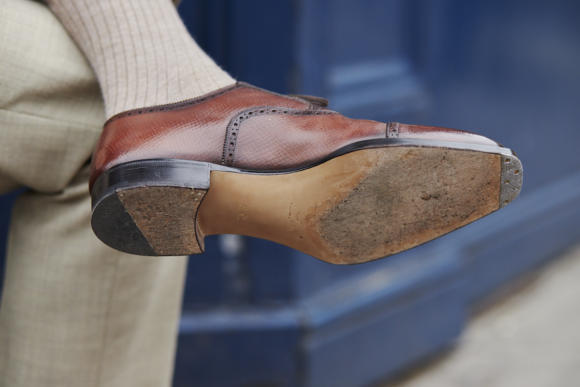 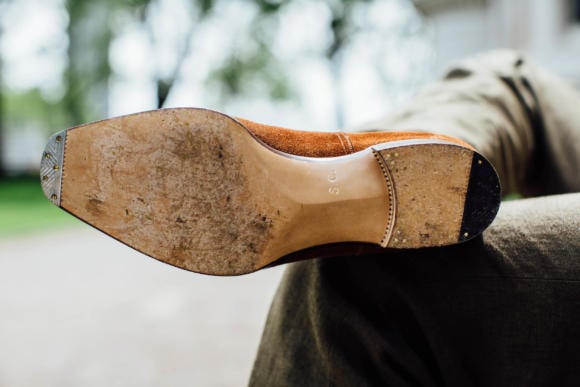 Also, more important to the look of a bespoke shoe (for me) is how narrow the waist is cut.

It is this narrowness in the middle of the sole that makes the foot look sharper and more elegant, and more obviously separates it from most RTW.

You can see the effect in the image below - the way the sole cuts inwards in the middle of my right foot.

By contrast, no one is going to see the fiddleback unless you spend a lot of time with your feet up. 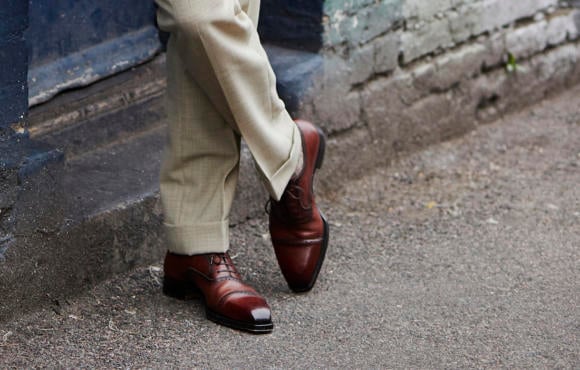 Stefano Bemer have got better at this.

I had a pair of loafers made using Blue Bespoke a few years ago, and while the fit was great (still my bespoke last) the look wasn’t really on a par with full bespoke.

That’s changed. They’ve improved considerably, as the relatively new RTW line has been run in parallel with the bespoke, and learnt from it.

Frankly, I don’t notice any difference between these and my full-bespoke shoes, and they’re considerably cheaper (full bespoke starts at €3650).

There was one small issue with the toe-cap length, which we had with my first pair too, but it’s barely noticeable. 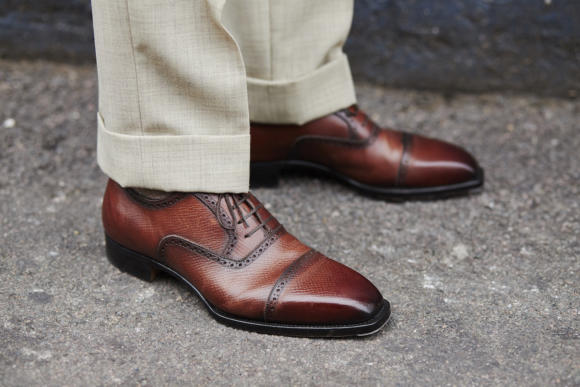 The replica Russian reindeer, by the way, is a calf leather that Bemer created to mimic the original 1786 leather (details on that here) of which there is very little left.

It is hatched by hand to mimic the natural-looking texture, and then various layers of patina are built up on top (one of which uses tea leaves to get it's colour).

Compared to the original reindeer, which I have in a double monk from Cleverley, this doesn't have the same smell or natural variation.

But that does mean it has a cleaner, more consistent look, and is much easier to maintain. (The original dries out quickly and needs regular cream.) 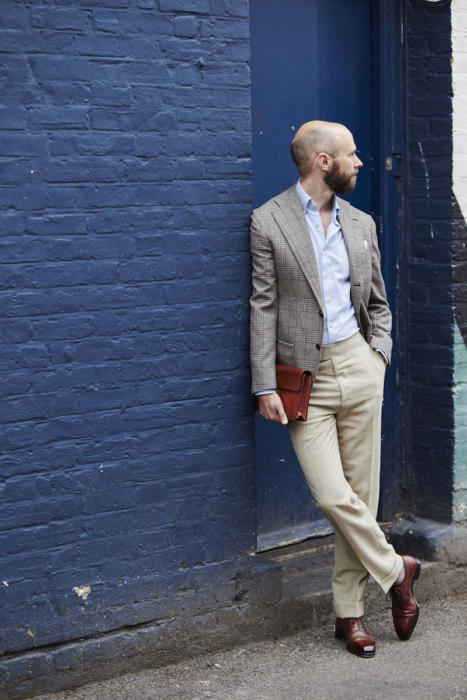 Back to Notizie
Use left/right arrows to navigate the slideshow or swipe left/right if using a mobile device
Template: article